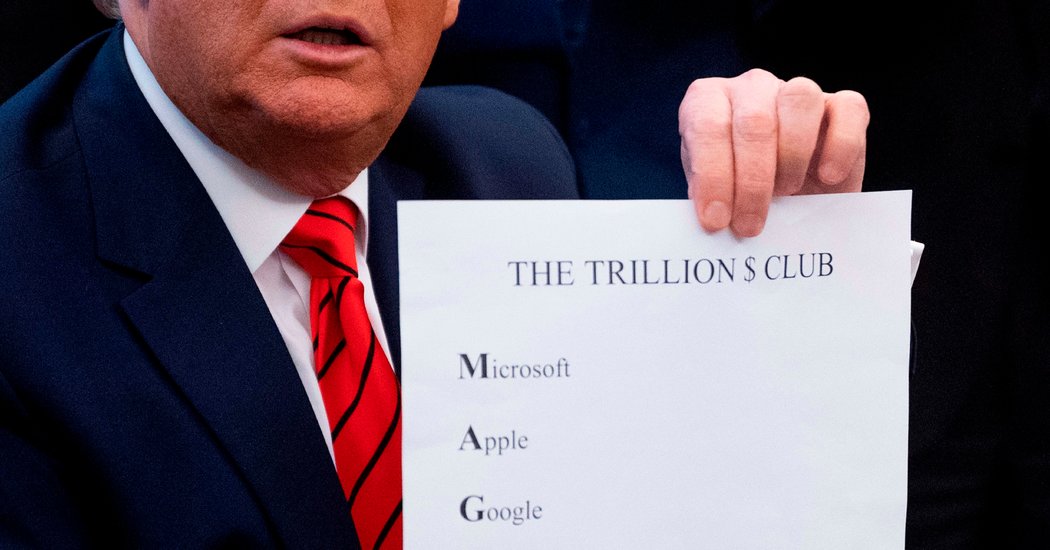 There’s a reason most presidents are cautious when talking about the stock market. President Trump is learning it the hard way this week.

He is, in effect, experiencing the downside of having spent the last three years personalizing much of what happens in the markets and the economy, saying that the soaring stock values under his watch are a reflection of his special ability, and a central part of his case for re-election in November.

Most presidents avoid boasting about a rising stock market because they know how fragile it is, and how little control over stock prices they really have, and how stock prices can move sharply for reasons outside their control, or sometimes for no clear reason at all.

The cost of claiming personal credit for stock market gains comes when you get stock market losses. And that is particularly relevant after a 7 percent drop in the S&P 500 since its peak last Wednesday, seemingly caused by a recognition on Wall Street that the spread of coronavirus could disrupt the world economy.

The outbreak of the new type of coronavirus in China and its spread to other nations was not something Mr. Trump could have prevented. But even as public health officials start to warn that many Americans may become infected, the Trump administration has devoted lots of effort to talking up the stock market.

“Stock Market starting to look very good to me!” the president tweeted shortly after the market closed Monday afternoon after a 3.5 percent drop.

It went on to drop an additional 3 percent on Tuesday.

If the sell-off continues, it could undermine a key pillar of the president’s re-election pitch. That might be less of an issue if Mr. Trump had not so frequently spoken of the stock market as a real-time barometer of his presidency’s success.

But there’s more at stake than public relations. There’s also the risk that the administration’s focus on the optics of the market distracts them from the bigger task at hand — trying to protect against the potential spread of disease and loss of life that would accompany a global pandemic.

Ideally, even economic officials who don’t have expertise in disease transmission would spend their time trying to understand what industries are likely to be heavily affected and whether government can do anything to help them work through the supply chain disruptions and other bad effects of the virus.

Tuesday afternoon, the chief White House economic adviser, Larry Kudlow, was interviewed on CNBC in the midst of the sell-off, and focused on talking up the markets.

“The virus story is not going to last forever,” he said on “The Exchange.” “To me, if you are an investor out there and you have a long-term point of view, I would suggest very seriously taking a look at the market; the stock market, that is a lot cheaper than it was a week or two ago.”

He then proceeded to suggest that fears that the virus would spread and cause major damage to the U.S. economy were misplaced.

“We have contained this,” Mr. Kudlow said. “I won’t say airtight, but it’s pretty close to airtight.”

That’s not what public health officials said, in a briefing that same afternoon.

“We are asking the American public to prepare for the expectation that this might be bad,” she added.

The effort to set an optimistic tone on the markets was clearly at cross-purposes with what public health officials see as necessary to minimize the damage from a potential pandemic.

“It’s understandable that the administration, in an election year, is focused on keeping the stock market and the economy strong,” said Michael Steel, a partner at Hamilton Place Strategies and former spokesman for House Speaker John Boehner. “But they risk creating the impression that they’re more focused on the economic impact of the virus than effective public health measures.”

Then there is the broader question of credibility. During the global financial crisis in 2008, White House and Treasury officials were acutely aware that if they seemed too boosterish in public comments on the crisis, it would undermine their credibility and the sense in markets that they were taking the threat seriously enough.

When the government announces some important good news toward resolving a crisis — whether it’s that banks have adequate capital or that a pandemic has been contained — you want people to believe it, which they will do only if the same government has been upfront about the realities of that crisis to begin with. Neither the president’s tweets nor Mr. Kudlow’s interviews suggest this administration is overly worried about this idea.

Imagine a company facing a major crisis, like a safety recall of its products, which in turn causes a plunging stock price.

If the executive team devoted all its energy to going on TV to complain about the falling stock price, it probably wouldn’t do much good. If the team instead ignored the stock price for a while and tried to fix the safety problem and show consumers that the company was reliable, it still might take a while for the stock to recover, but eventually it probably would.

The risk for the United States is that the Trump administration, given election-year politics and the president’s penchant for personalizing the markets, follows something more like the first strategy.