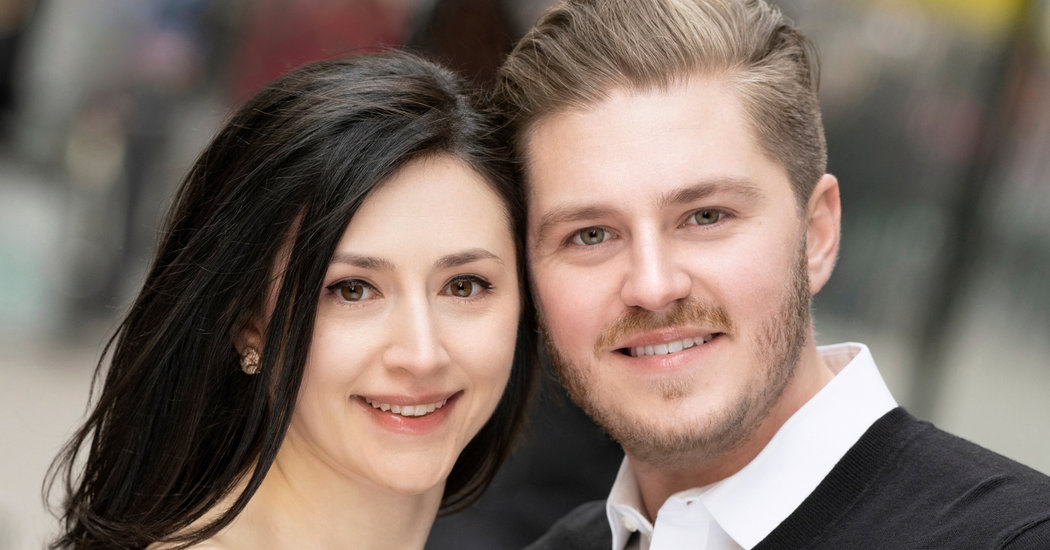 Ms. Schwarz, 31, is a news lead at Facebook in Manhattan. She graduated from George Washington University and was a 2019 Nieman fellow focusing on the impact of journalism and technology on news consumption and democracy at the Nieman Foundation for Journalism at Harvard.

She is a daughter of Jody Schwarz and Gerard Schwarz of Miami. The bride’s father, a conductor, is the distinguished professor of music, conducting and orchestral studies at the Frost School of Music at the University of Miami, and the music director of the Palm Beach Symphony in Florida. He is also the music director of the All-Star Orchestra, an ensemble of players from major American orchestras who perform in a PBS series, airing throughout the year. Her mother, a flutist, who is on the board of the All-Star Orchestra, has played with various chamber ensembles. In December she performed with an ensemble at Bargemusic in Brooklyn.

Mr. Wasserman, 26, is a product designer on the growth team at Squarespace, a company that helps people create websites, in Manhattan. He graduated from California College of the Arts in Oakland, Calif.

He is a son of Bonnie M. Struzik of Bend, Ore., and I. Gary Wasserman of San Diego, Calif. The groom’s mother is a corporate trainer based in Bend at Sprout Mortgage Corporation in Manhattan. His father is a partner in the San Diego law firm Wasserman Kornheiser and Combs.

He is a stepson of Debbie Wasserman and Michael Struzik.

Mr. Wasserman first admired Ms. Schwarz from afar in 2014 while they were working in the Palo Alto, Calif., office of Flipboard, a content and news app, aggregator and social network aggregation company. In 2016, after they both relocated to the Manhattan office, they sat behind each another, and became friends. Two years later they had their first date.