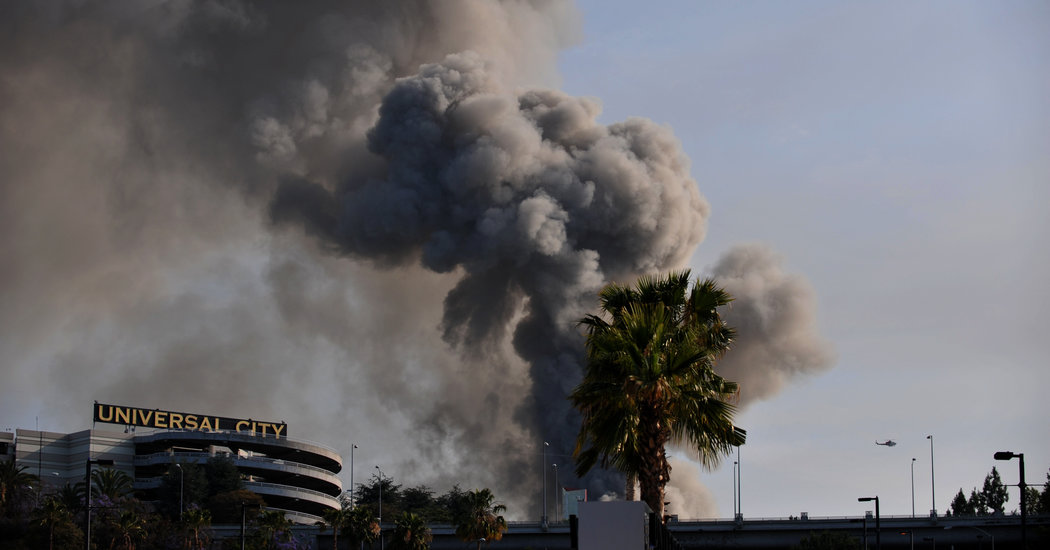 A federal decide in Los Angeles has dismissed a lawsuit brought by a number of musicians and estates final year, pursuing a New York Times Journal short article about a fireplace that destroyed large quantities of original recordings.

The Moments Journal described that the fireplace, on a Hollywood backlot in 2008, destroyed over 100,000 audio recordings containing as several as 500,000 tracks controlled by the Universal Audio Team, the world’s largest recorded new music business.

Amongst the artists that had missing “single and album masters” in the hearth, according to the post, had been Tom Petty, Tupac Shakur and Steve Earle, as perfectly as the bands Soundgarden and Hole. Reps of those artists or their estates sued Universal in June, arguing that the firm had been negligent in shielding their tapes and that the organization had a obligation to share with artists any profits it been given from an insurance coverage settlement in excess of the fireplace.

Considering that the case was submitted, all plaintiffs experienced dropped out besides Jane Petty, a former spouse of Mr. Petty, who said she experienced an interest in his recordings by a divorce agreement. On Monday, Decide John A. Kronstadt of the United States District Court docket in Los Angeles dismissed Ms. Petty’s promises.

The dismissal was made “without prejudice,” offering Ms. Petty the means to refile her circumstance. But Judge Kronstadt’s 28-webpage ruling located her claims legally deficient, and in a single essential passage claimed that MCA — Mr. Petty’s former report label, which is now section of Common — owned the rights to his original recordings, regarded as masters. Since Mr. Petty did not own them, the decide dominated, Ms. Petty could not sue less than a declare for “bailment,” or safekeeping.

A lawyer for Ms. Petty did not instantly reply to emails looking for comment on Monday.

Common has extended managed that the Periods Journal article, by Jody Rosen, exaggerated the extent of the harm in the fireplace, and in a statement on Monday named the initial piece and a comply with-up posting “stunning in their overstatement and inaccuracy.”

In a assertion, Jake Silverstein, the editor of the Situations Journal, stated: “We stand by Jody Rosen’s reporting. This ruling does not refute or problem the veracity of what we documented: that, opposite to UMG’s continued energy to downplay the party, 1000’s of recordings were being missing in the 2008 fireplace.”