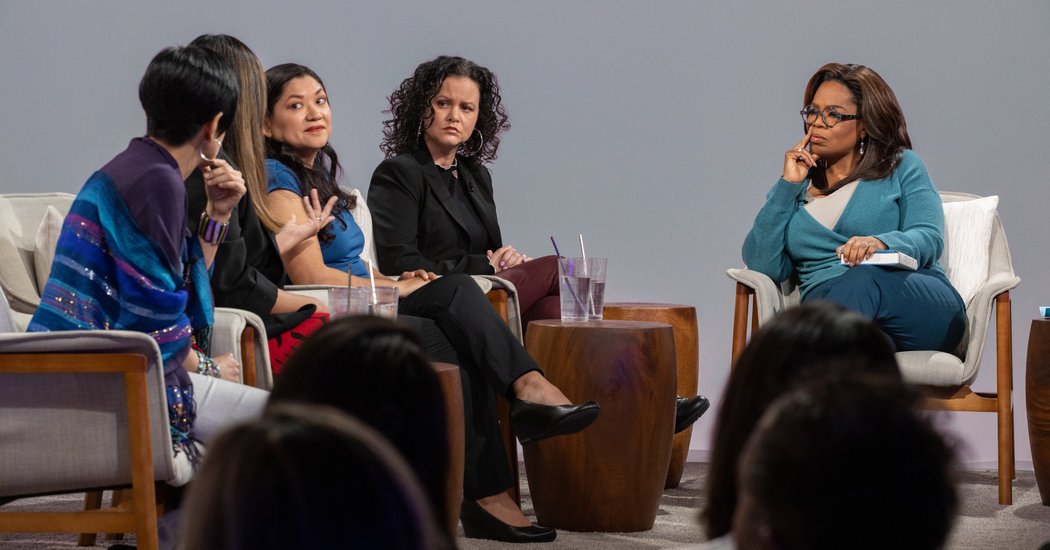 Reading “American Dirt,” “I felt hurt and I felt undervalued,” Grande said, “because the publishing industry does not have the same attitude with our immigrant stories as they did with your story.” The books by Latinx writers that are published, she said, are “to little fanfare.”

Cepeda said that writers of color are often expected to write solely about issues such as race and immigration, while white writers have much more liberty. “We have lots of other stories to tell than immigration stories,” she said.

Don Weisberg, the president of Macmillan, which operates Flatiron, and Amy Einhorn, the editor who acquired “American Dirt,” were in the audience. Weisberg said that increasing diversity in the company was a priority and that it had hired strategists to help. “Did those people suggest you hire more Latinos?” asked Cepeda.

“It sounds simple, but it’s not simple,” Weisberg said, adding that change was required on all levels at the company.

Despite the criticism of “American Dirt,” the book has been a commercial success, spending six weeks on the New York Times best-seller list for combined print and e-book fiction and selling nearly 200,000 copies, according to NPD Book Scan. Being named a book club pick by Winfrey continues to be a boon for writers and typically all but ensures their work will land on the best-seller list.

But after the backlash to her selection of “American Dirt,” Winfrey recently dropped her March pick, “My Dark Vanessa.” Winfrey, through a spokeswoman, declined to say why, but after the taping of the “Oprah’s Book Club” episode she told The Associated Press, “I’m not going to play it safer, but I’m not going to wade into water if I don’t have to.”