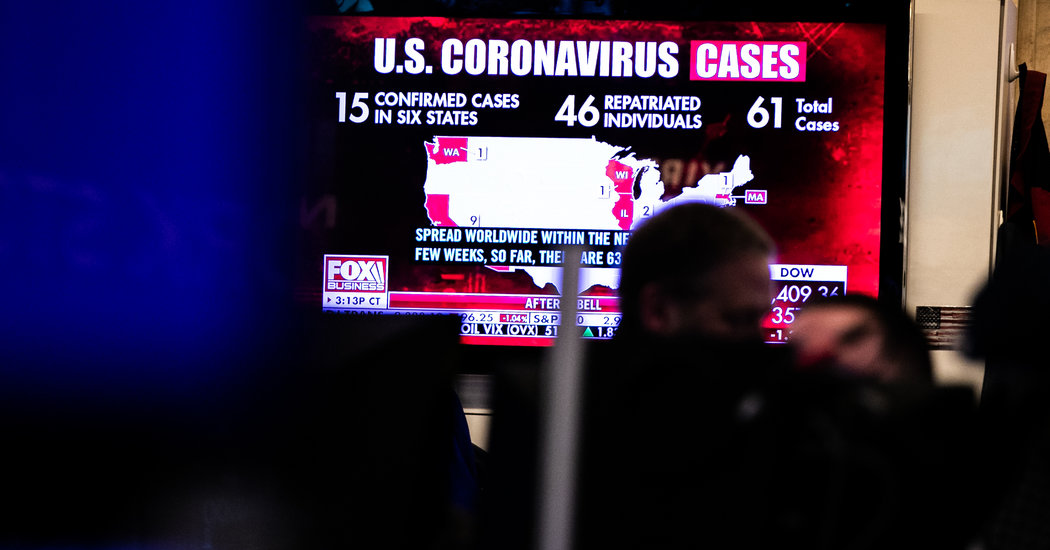 With about 15 minutes left in the trading day, the S&P 500 was down about 3 percent, putting it on track for a devastating 13 percent loss for the week.

Mr. Tuchman specializes in rapid-fire buying and selling around the opening and closing bells. This day, though, he had no interest in trading. He was staring at the largest, fastest market correction of all time. “I’m not going to stand in front of an oncoming train,” he said.

And then, all of a sudden, the trajectory reversed. “Buy” orders — originating with index funds and pension funds — began pouring onto the exchange floor. Stocks jumped. That put pressure on investors who were betting on further declines; they liquidated their short positions, propelling the market higher still. Within minutes, the S&P 500 had climbed roughly 50 points, erasing a large portion of the day’s losses.

“It caught everyone off-guard,” Mr. Tuchman said. “It was down, down, down, and then it turned on a dime.” He didn’t join the frenzy, in part because he didn’t understand the rally. “I let the market do what it was going to do,” he said.

Then, the Fed news broke.

A bright-red news bulletin had just crossed Bloomberg terminals: The Federal Reserve was slashing benchmark interest rates by half a percentage point — an emergency action that the bank hadn’t deployed since the 2008 financial crisis. Markets, not just for stocks, but for bonds and currencies, too, went haywire.

Jen Roth, the head of Goldman’s currencies and emerging markets business in the United States, was on the fifth floor of the bank’s headquarters in downtown Manhattan. The past two weeks had been surreal. She’d been on the road, visiting clients in São Paulo and California. The Brazilians, normally interested in discussing local issues, wanted to talk about little other than the coronavirus’s impact on markets. In Los Angeles, she was informed that hers was one of the last in-person meetings her client would be having for a while, fearful of contagion.